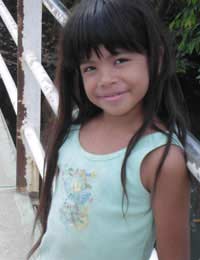 Children based in Nicaragua have developed a new type of sign language over the past 30 years.The children who have helped create this new language are all deaf and have never been taught how to sign and have cultivated a language that is specific to them.

It has helped experts understand how languages evolve but has also started a debate concerning whether communication and languages are learned by nature or nurture.

How Did It Begin?

Originally, deaf people who were living in Nicaragua lived a very solitary and sheltered life, spending long periods of time alone in their homes.Before the development of this language and also in its initial stages the signing gestures were very rough and crude, likened by experts top be similar to those a hearing person would use to describe something. Large extroverted gestures that were very simple and easily interpreted were all deaf people used to communicate.

During the early 1980's a school was opened and these children were encouraged to attend. Slowly they began to 'talk' to each other using signing language created by themselves which they all understood.As more and more children learned the language and a new generation began to learn it, it grew in sophistication and vocabulary.

How Does It Work?

It is thought that expressive terms and words are broken down in to smaller, more easily expressed gestures and terms. By demonstrating a series of movements whole sentences and stories can be conveyed.

It has been noticed that children seem better at learning and advancing this sign language as adults lose the ability to break down large amounts of information into more manageable sections.

Signing ability was assessed using a cartoon from which various age groups were asked to translate what they had seen. Older signers used rougher description whilst the younger participants were more able to break down the translation into smaller segments which they then signed using sequences.

Over a period of thirty years the Nicaraguan Sign Language (NSL), has expanded and been perfected and is now accepted as a true language much like British Sign Language (BSL).

What Stage Is It At Now?

Up to now, those aged between four and their mid-forties are using the sign language with over 800 people using the same language.Experts are keen to monitor its progress as this evolution of communication is helping them to understand how humans began to communicate and is the subject of much scrutiny and debate.

As some of the signing gestures are similar to those seen in other signing languages, many experts believe that it proves an in-built ability that humans possess regarding being able to learn and adapt language without the need for it to be taught from scratch.

The development of this new signing language has helped linguistics expert's gain a better understand of how languages and communication has evolved over the centuries. It has caused much discussion over the development of language and will continue to be studied and as more generations learn the basics of this language, it is believed that it will continue to grow in sophistication.