Home > Signing Basics > Around the Home 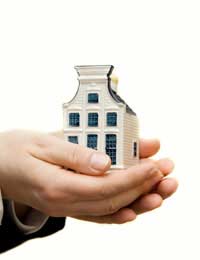 Learning words and phrases for use around the home is very important if you are to be able to communicate effectively. The words for items and actions around the home are some of the most common ones and ones which will be used the most often. This means that you will learn them quickly as you will use them often and they will provide a solid foundation for building more complex syntaxes upon. As with other articles on this site the words and phrases described below are for British Sign Language to keep things clear and as simple as possible.

Words for use in the kitchen will always come in helpful - not least because of warnings you might need to issue or adhere to. That can include warnings about heat or sharp knives and so learning the correct words has an important safety role to play. Eat is a simple word and involves putting the tips of the fingers together and bring them to the mouth mimicking an eating action. Food uses the same shape. Drinking is also easy to remember as it is the mimicking of drinking from a glass. To say cold, you shake your arms at the side of your body as if you were shivering while hot is the index finger being extended in front of the forehead and then moved away. Kettle is the action of pouring from a kettle.

Words for the bathroom are useful too, and some of these are also self-explanatory. Bath is the action of using a loofah and shower is holding your hand above your head to mimic water coming out. Toilet is indicated by putting the tip of your index finger against the palm of the other hand twice. Tap is a twisting motion with the hand.

Of course, there are thousands of other signs for things around the house but some are more useful than others. Here are a selection of other commonly used words for around the house. Washing machine is shown by holding a flat hand vertical and moving it in a circle. Television is simply the spelt out TV, with a T followed by a V. Bed is a clawed hand held to the cheek. The word for car is the action of turning a steering wheel.

These words for items and actions around the house are particularly useful for families who are trying to use sign language in their everyday lives. But that is not to say that the words will not come in handy for teachers or friends or people who just want to learn sign language as another skill to have. And they are perfect for practising because you can get a friend to take photos of you doing all of the relevant signs and then stick the photos on the items around the house so every time you look at them you look at the sign. This way they will quickly become embedded in your brain. This technique is used by learners of spoken languages with much success and although you will normally need a couple of photos for it to work with sign language, the same principles apply.