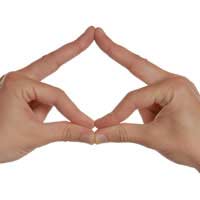 Finger spelling is a method of communicating with the hands which is closely linked to sign language. However unlike sign language, it is not a language in its own right and does not have grammatical structures and syntaxes. Rather, it is a way of spelling out words instead of interpreting them as a gesture. This means that anyone who knows the finger spelling alphabet can communicate – however, it can be a lengthy process as every letter has to be spelt and is therefore not widely used for general conversations.

Finger spelling can be used in two main ways. The first is the simple act of tracing the shape of the letter in the air. This is very basic and takes more time and concentration than the other way. It is not usually used by people who are fluent in sign language. The second, more usual, way of finger spelling is to use symbols on the hand for each letter. But, as with the sign languages throughout the world, the same symbols are not used in different languages and thus different language’s 'Sign Languages' could have different finger spelling symbols. The symbols are essentially, stylised examples of the letter’s shape, but cut down for simplicity’s sake.

Finger spelling is a very useful tool and a great way to start learning sign language. It is relatively easy to pick up because there are just 26 signs to learn, plus another ten for figures. But it means that although you will not be able to understand sign language users, they can understand you. And if there is something they need to tell you, they can at least spell it out.