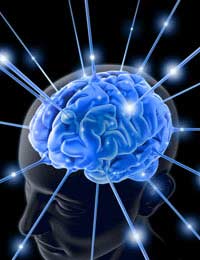 Although there are semantic differences between sign language and spoken language, the main obvious difference to any onlooker is the use of the visual images. This in turn leads to a big change in the way the brain takes this language and understands it. English speakers can process visual imagery, but not the same extent that sign language speakers do. Therefore, learning sign language improves the processing of visual images – and the more it used the more improved the brain becomes at this. In addition, it has also been proved in research that ‘non-native’ users of sign language – that is to say, those who do not use it from birth – are less adept at this processing that people who have used it since the earliest time they could communicate. This proves more than ever, the importance of teaching deaf children to use sign language from a very early age.

Which Parts of the Brain are Used?

This would make logical sense if we were only referring to lip reading and other ways of communicating which are linked to spoken language but the fact that this is also true for sign language, which has no link at all to spoken language, is very interesting. More work is now being carried out into how the brain can manage to process such very different language systems with the same part of the brain.

The brain is a fascinating organ and as such, we should really not be surprised that it can do such magnificent work. But we should pay attention to the findings of further research yet to be carried out by academics as it will tell us something very important about how language in general works – regardless of whether it is linked to hearing and spoken language or not. The one thing which our understanding of the brain does tell us is that which has always been believed of language and children – the earlier they are exposed to it, the more fluent they will be,