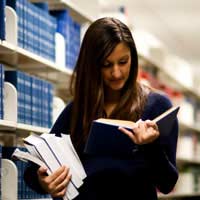 So, if a person is learning sign language, be it for work, pleasure, because they are deaf, because they know someone who is deaf or any other reason, they may reasonably think they should study for a qualification in it. After all, British Sign Language, and all of the other sign languages, are languages in the same way that English, French or Spanish are. They have their own syntaxes and rules and the only way they differ is that they are signed and not spoken or written. But his does not, in any way, preclude people from studying for British Sign Language qualifications, although finding a test centre maybe slightly harder than for French.

What Qualifications are Available?

The Qualifications and Curriculum Authority, the same board which oversees public examinations in English schools, oversees qualifications in BSL in England as well so you can rest assured that potential employers and others will recognise your qualifications. It is officially titled Signing Excellence in Communication with Deaf People, and rather than follow a GCSE and A Level pattern, it is measured in levels from one to four, with four being equal to an NVQ level 4, and three being equal to an NVQ level 3. The first two levels are aimed at making sure the candidate has the required amount of knowledge to take their learning to a higher level.

In Scotland, the system is broadly similar. However, the Scottish system does comprise just three levels, with level one being an introduction to the language. It is though, regulated by the Scottish Qualifications Authority, so is recognised in much the same way as those in England and Wales.

A slightly different route does exist for those who want qualifications in sign language but not in as formal a way as public examinations. This is the British Sign Language Academy which is run by the British Deaf Association. The charity, which runs all kinds of activities and represents the interests of deaf people also helps to promote the use and expertise of sign language. The academy gives more of an in depth education in some of the behind the scenes and more academic aspects of sign language than just speaking it. This includes learning to teach it yourself and also the linguistics behind it. It can provide an excellent background in the subject, especially if you want to go on to teach it at some point in the future,