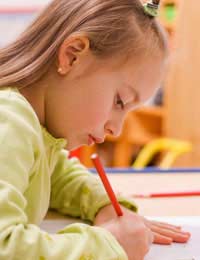 Some deaf children, for one reason or another, do not have access to sign language, and therefore struggle to communicate with others. But there is plenty of research which as been carried out which proves that deaf children who learn sign language at an early age are more academically inclined to do well. This is partly due to their increased ability to communicate with those around them. However, it is also because sign language is not, as many people mistakenly think, a system of gestures representing words, but a complicated and sophisticated language system, just as the English which is used in this article. Thus, children who learn sign language have already learnt, inherently, about the way language works and is made up, which will help in future studies – most notably if they decide to learn to speak English, or any other spoken language.

There are also advantages which overlap from academic advantages into social and cultural advantages. The main one of these is that a child who speaks a language – be it English, French or sign language, is instilled with a sense of belonging – a sense of identity if you will. This will lead to a happier and more confident child because they know their place in the world is secure.

Again, for non-deaf children and adults who learn sign language, the academic advantages spill over into social and cultural ones. Firstly, learning sign language allows the speaker to communicate with a whole new community of people – and gain an understanding of how they communicate within their community. But secondly, learning a language gives rise to greater confidence for that person, as they are able to converse with someone who their peers may struggle to do so. And the skills of language learning are easily transferable into learning other languages but also into other academic pursuits.

There can be no doubt that learning sign language is a useful endeavour for anyone – whether they are deaf themselves and live in a house with other deaf people – or whether they are non-deaf and do not know anyone who is. The social, cultural and academic advantages of learning this complex language are manifold and should not be taken lightly. And, especially with children, learning a language which helps people with a disadvantage may encourage them in the future to do more – volunteering and other such work. This means that the non-deaf child can be given a sense of social responsibility at an early age and taught to embrace all people – not in spite of their differences but because of them.