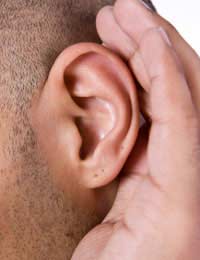 In many ways, communicating with deaf prisoners is a lot like anyone else who has to communicate with deaf people for their work. However, in a prison, the ramifications of getting it wrong are many and varied. To communicate properly with a prisoner, a prison officer needs to be able to firstly let them know who is in charge but also to make sure they trust the prison officer and will co-operate with him or her. This is no customer service scenario, as many people who use sign language for work encounter. But, if a prison officer manages to learn sign language, the prisoner will realise that the world is not against him or her and that there are people out there willing to help them. The prison officer must also be wary of tone and emotion, as it is so much harder to converse in a non verbal manner – the prisoner must know in which way the comment or question is made.

But if sign language could be a force for good, it can also be a force for bad. If a gang forms on a prison, sign language can help it to thrive and survive. Prison officers have to constantly be on their guard against any groups of people who may be using non verbal signs to communicate. If they are allowed to communicate in a way in which the authorities cannot monitor, the ramifications could be enormous. Any suspicions which the authorities have about groups communicating in a way which they want to be kept secret means action needs to be taken to split up that group and end that form of communication. If the sign language system is allowed to grow, it will become stronger and more robust as its own system.

Prisons, as in many walks of life, are a prime place where sign language can be employed. But the difference with prisons is that this can be as a force for bad. The use by gangs shows how many different uses sign language has, but it also shows how quickly sign language can pop up as its own system, with its own rules and uses – and makes it easy to see how sign language would have evolved in the original form.