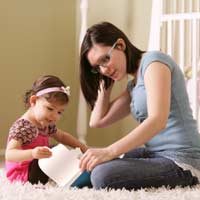 Sign language can be an extremely creative way to communicate – after all it combines language, gesture and facial expressions – and so, it does seem only natural that it should lend itself perfectly to storytelling. As well as the inclusion of gestures and expression in the language, it is naturally a rich ground for metaphors and British sign language in particular is a rich source of storytelling opportunities.

It is with these facts in mind that an organisation named the Scottish Storytelling Centre has decided to take a closer look at the world of storytelling in British Sign Language. The centre awards a prize each year named the Nancy and Hamish Turner award. Named after the parents of the lady who set up the prize in 2005, it takes the form of a bursary which recognises innovative storytelling. The founder, Elspeth Turner, and her husband, were founder members of the Storytelling Network. The first winner was a Botswanan storyteller who worked with children in minorities groups in the Kalahari – engaging them through story. Other prizes have recognised people who use storytelling with vulnerable people or very young children.

But this year, the centre is looking at British Sign Language and people who use storytelling through this medium. The prize this year will be awarded to someone who is working in this field. The winner will get a cash prize and also the expertise of the centre in order to allow them to set up a programme of development to train storytellers to build on what the winner has already achieved.

Once the prize has been awarded, the centre is hoping the sign language storytelling will become a regular feature of its offerings to people – with sign language storytelling projects becoming a familiar sight to visitors. Richard Carter, a deaf storyteller from Bristol, has welcomed the project and will be giving lectures in support of the initiative. Richard’s story is an example of the power of storytelling and the power of sign language – and what the two elements can achieve when coupled together. His family were travellers and showmen who moved around the UK and he communicated via lipreading, although at school he learned sign language. When he was just 18, he started telling stories through this, his preferred form of communication and now tells stories to children as well as working on poetry with them.

So, it is clear that storytelling through sign language can bring many benefits. If an esteemed organisation such as the Storytelling Centre is willing to offer one of its most prestigious prizes to someone who uses the form, it cannot be dismissed lightly. In fact, by teaching children to use their imaginations and make up stories themselves, sign language storytelling helps thousands of children to be able to communicate their rich and vivid imaginations, even if two of their senses fail them. And because many of these storytellers are deaf themselves, the children they are signing their stories to can see that imagination is a wonderful thing, which can be explained to others with a little persistence and endeavour.