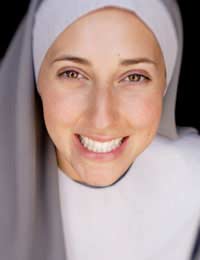 Although most people associate sign language with deaf people there are other communities of people who can hear who use it too. The most obvious of these is religious communities. Monks and nuns often take a vow of silence, depending on the order, even for just some parts of the day, and therefore do need to be able to convey some communications to others, even if it is as simple as ‘excuse me’. Therefore, sign language becomes incredibly important to these groups as a method of communication.

The differences to the sign languages used by deaf people are many. For a start, sign languages amongst monks and nuns is not an attempt to replicate the way others communicate through speech. This would mean that the monks and nuns were communicating freely, whereas the vow of silence is to allow them the privilege of being able to concentrate solely on God. So deaf people use sign language to convey every thought and emotion a speaking person does through speech, religious communities use it as a mere convenience.

As monastic life is so old, it goes to follow that the origins of a language system to enable monks to communicate will also be old. The first recorded use of sign language among monks is as early as the tenth century. In days gone by, monks who travelled and left the enclave of the monastery may still be silent and so the signs would have needed to be able to be understood by laymen whom the monk may meet on his travels. Of course, as the times have moved on so have customs and traditions and these days most monks would not be expected to not be able to speak to outsiders, if only briefly.

So, the benefits of sign language amongst this group are plain to see. It is interesting, however, that religious sign language is actually more of a lexicon, as it again shows how developed and complex a language the deaf sign languages are, and how learning them, as opposed to a lexicon such as the ones described above, is no easy task and should be viewed as as hard or even harder than learning a new foreign language.